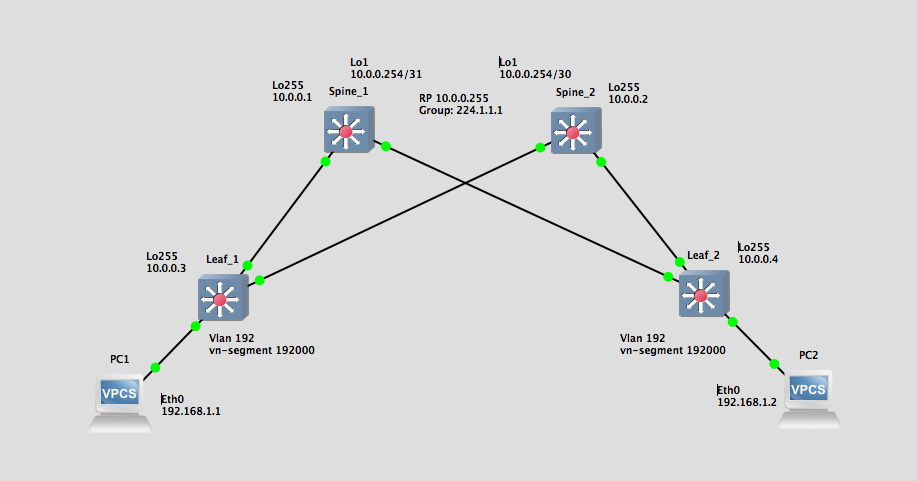 I had quite a lot of troubles with Nexus 9000v on GNS 1.5 with VXLAN. In fact, after finishing the config (with the same Layout used that you see above) it always ended up with the loopback source interface for the NVE Interfaces getting shutdown by the switch. I didn’t had the time to investigate it (beside the fact that i tried to get it work a lot of times …), but this week i upgraded the environment to GNS 2.0. And there was a very welcomed surprise -> It works 🙂

Update: Ariel Liguori mentioned that PIM-bidir is not official supported as a multicast underlay with VXLAN on the Nexus 9k:

At the End of this posting there is the original PIM configuration for PIM bidir for all 4 Switches.